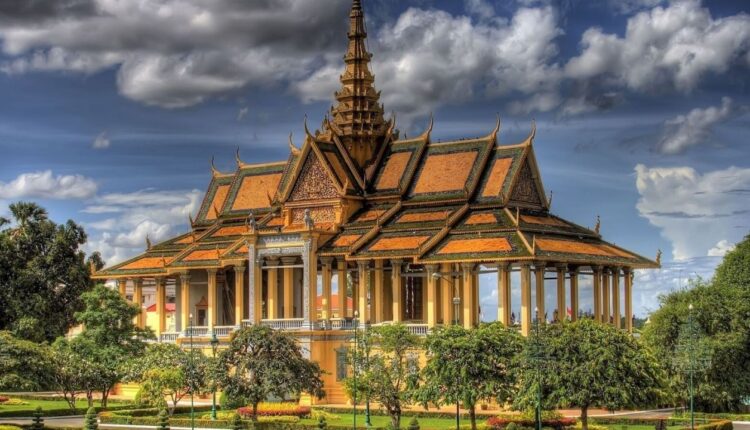 Top Places to Visit in Lahore

Lahore is a place filled with cultural and historical places such as the Badshahi Mosque, Lahore
Fort, Shalamar Garden, Lahore Museum, Minar-e-Pakistan, etc. The city is located in the
province of Punjab in Pakistan. The food of the city is also very famous in the country. Tourists
from all over the world also enjoy the delicious foods of the city. Another specialty of the city is
the abundance of parks and greenery due to which it is also famous as ‘The City of Gardens’.
These are the reasons why the city is one of the main tourist destinations in Pakistan.
Other top tourist attractions in Pakistan are the Hunza Valley Gilgit-Baltistan, Shangrila Resort
Skardu, Daman-e-Koh Islamabad etc. In this post, we have provided you with a list of the top
historical and cultural places to visit in Lahore.

The most famous tourist destination in Lahore is the Badshahi Mosque built-in 1671 as a symbol
of the Mughal Empire. It is the second-largest mosque and one of the most beautiful places in
Pakistan. The mosque has a capacity of around 100,000 worshippers in its vast courtyard. The
mosque was used by the Sikhs as a military base from 1799 to 1849 when they ruled the city.

The Lahore fort located directly facing the Badshahi mosque is another best place to visit in the
city. The fort contains 21 notable monuments and covers an area of more than 20 hectares. The
construction of the fort started in the 11th century and was completed in the 17th century. During the
period the mosque was destroyed and rebuilt many times by various empires.

Another remarkable historical destination located in Lahore is the Tomb of Emperor Jahangir. It
is a mausoleum built for the Mughal emperor Jahangir in the 17th century. The construction of
this mausoleum took 10 years and was completed in 1637. The architecture of this building is
famous as its interiors are decorated with marbles and frescoes while the exterior is embellished
with pietra dura, a technique of using highly polished colored stones to create images.

It is already mentioned above that Lahore is also known as the ‘Land of Garden’ due to the
abundance of greenery in various places. One of the most famous gardens in the city is the
Shalimar Garden is the best place to visit especially if you love walking in a peaceful
environment for relaxation. The garden was built in 1642 during the period of the Mughal emperor
Shah Jahan.

Masjid Wazir Khan is the most peaceful and tranquil place in the city. The mosque was built by
the Mughal emperor Shah Jahan in 1645, while its construction was started in 1634. The
mosque is considered the most ornately embellished mosque of the Mughal era. The
mosque opens at 5 am and closes at 5:30 pm every day. Moreover, the visitors have to wear fully
covered clothes and women should also wear a scarf.

It is the most important and famous religious site of the Sikhs located west of Lahore city at
a distance of 1.5 hours. It is named after the founder of Sikhism, Guru Nanak. Moreover, it is
considered home to nine major Sikh Gurdwaras. Every year millions of pilgrims visit the
place.

These are some of the top places that are worth visiting in Lahore. There are a number more
historical places that can be included in the list such as the Lahore Museum, Anarkali Bazar,
Grand Jamia Masjid etc.

What is the Boiling Point of Water?

Electrical Safety for Your Home