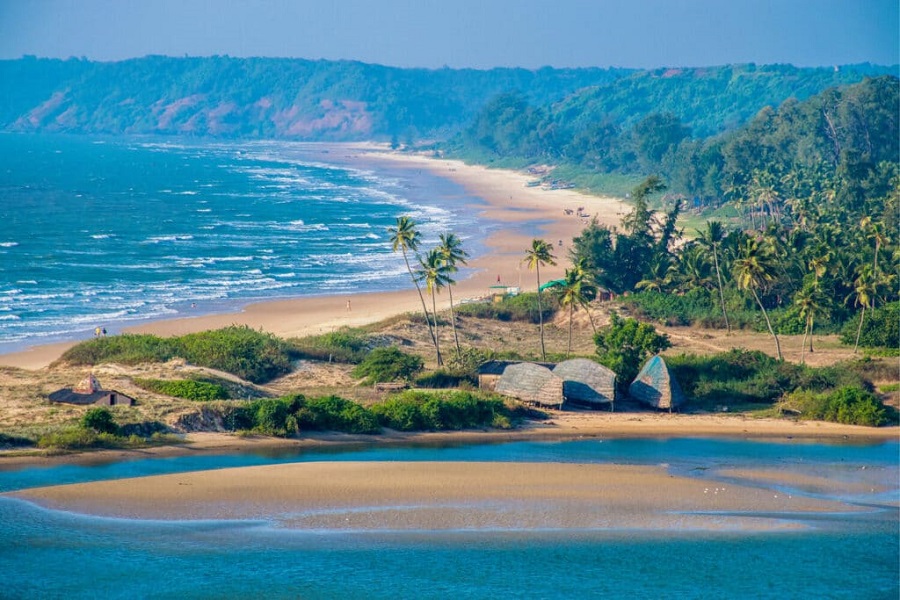 India is not a land for the faint-hearted. Its diversity can be dizzying, and whether it’s the harsh deserts or soothing hills, each place you visit in the country promises a unique experience. Some of the best to visit in India can also be the most intimidating, if you’re traveling for the first time. But rest assured that once you fall in love with the country, you would never want to leave. Here is our pick for three incredible destinations that you must visit in India.

The first thing that pops into your head when you think of Khajuraho is the Kama Sutra, isn’t it? Rightly so, since the sandstone temples in this little town in Madhya Pradesh are a glorious tribute to Vatsyayana’s treatise on erotica. A UNESCO World Heritage Site, Khajuraho has been described by many as poetry in stone, and has been bestowed with a variety of generous adjectives to detail its beauty. But little justice can be done by mere words. The temples are divided into three groups based on their location – the Western, Eastern and Southern groups. The intricate sculptures depict ‘divinity in sexuality’, and provide a glimpse into the facets of Hinduism. Khajuraho hosts the Festival of Dances, an annual extravaganza celebrating Indian classical dance.

On the fringes of the country, and in fact closer to Thailand, are the tropical Andaman & Nicobar Islands with their virgin beaches and coral formations.  Once a penitentiary colony for the British, the islands now offer a tranquil escape from the mundane. Most travelers prefer to keep Havelock Island as base, and island-hop from there on ferries. Snorkeling and Scuba Diving are popular activities, so unleash the water-baby in you. Access is easier than ever with flights to Port Blair operating from the metros in India. It is one of the best places to visit in India in December, when the Andaman holiday season is in full swing. However, we do recommend the second half of December when the northeast monsoon has abated.

You will never see bluer skies over browner hills. The harsh, steely quality of the cold desert will overwhelm you as soon as you set foot into Ladakh. The warm hospitality of Ladakhis is a stark contrast to this steeliness. Visit the beautiful Buddhist stupas, and say hello to the snow leopard at Hemis National Park. The region offers some of the most memorable trekking routes for avid travelers, and is also a biker’s paradise. The thrill of riding a bike on the Khardung La, the world’s highest motorable road is something you must experience. Once at the top, sip some hot yak butter tea and indulge in delicately flavored momos. Ladakh is one of the best places to visit in India in December and around. It is a near-impossible task to pick out a few places as ‘top’ destinations in a country like India, but we’ve chosen a few of our favorites. We do hope you enjoy them as much as we did!

Rishikesh, the holy town housed near the Himalayas is known not only for its spiritual values but also for adventure sports especially Rishikesh river rafting, which is the most popular sport in this mystic town, thereby, crowning Rishikesh as the rafting capital of India, offering the eager rafters a lifetime opportunity of rafting in Rishikesh. Rishikesh is also called the gateway to heaven, because from here the most sacred Chardham Yatra of India begins. Chardham Yatra is considered to be the door of salvation, so most of the elderly people go, who are unable to walk, they take helicopter service to Chardham Yatra.

God’s Own Country! The phrase is now synonymous with Kerala, at least for us folks in India. Kerala Tourism has built one of the strongest tourism brands in the country and is well on its way to building a robust international presence. The best time to visit Kerala is anytime and the things to do in Kerala are endless. They definitely have the highest brand recall under the ‘Incredible India’ banner with Gujarat now catching up.

In Hampi, there are rocks. Mile after mile of boulders carelessly tossed across the terrain, like line after line of blank verse: free flowing, without rhythm or rhyme, with a directness and honesty otherwise obscured by poetic devices. Boulders which jut into the horizon as if marking trails left by discordant notes on the equalizer, a music that is at once alarmingly haphazard and soothingly serene.

Once the pride of Portugal’s eastern kingdom, this lush green state in western India with its wide beaches still remains a Portuguese Colonial in many ways. Christianity is a major religion here and good food and wine still poise the humblest of tables. Life here is full of dance and song with serene and peace, just the right atmosphere for a long holiday. Goa is famous for its cuisine such as fish, curry and rice. These three join to make a heavenly daily meal for the average Goan. Goa is one of India’s special tourist places that has a fantastic weather, fabulous beaches, wonderful people, mesmerizing night life and mouth watering cuisine.

Jaipur is the first stepping stone to your Rajasthan sojourn. Hailed as the “Pink City”, Jaipur is the capital of the Rajasthan State. Rajasthan has always been associated with royalty and glory. It is not only the desert or the camel or the Palace on Wheels that makes Rajasthan famous, but the fame of Rajasthan is attributed to the innumerable forts and palaces and superb architectural specimens that dot the city. The meandering lanes, the houses of the nobles and the desert breeze, all seem to whisper the legends of gallantry and bravery of the bygone era. Rajasthan is definitely colorful. Whether it is the traditional rajasthani attire or the fairs and festivals or the buildings- Rajasthan often resembles an artist’s canvas.

Want to experience a Venice holiday in India? Surprised at the proposition? Don’t be, because it is possible. India has its own Venice in the form of the Lake City of Rajasthan- Udaipur. The presence of a number of shimmering lakes in the city has earned Udaipur the name of the Venice of the East. If not a gondola, at least tourists can enjoy a boat cruise in one of the many lakes that dots Udaipur. Geographically located at the foothills of the Aravalli Mountain Ranges, Udaipur is situated in the southern part of Rajasthan, in close proximity to the borders of Madhya Pradesh and Gujarat.

One of the notable pilgrimage places for thousands of devout Hindus is Varanasi. Also known as Benares and Kashi, this city is a melting pot of culture, colors, traditions and rituals. A city where there is a perfect amalgamation of the past with the present, Varanasi is counted among the oldest cities in India and interestingly enough dates back to the Sumer civilization. A city so old is a legend in itself and the mysticism of the city lies in the innumerable Ghats, the meandering lanes and in the people itself. Varanasi is not only a place visited for some holiday purpose, the city situated in the middle Ganga Valley in the eastern most part of the state of Uttar Pradesh.

Simple Tips To Stay Healthy At Home Without Gym Equipment

How can Custom Toy Boxes Help Me?