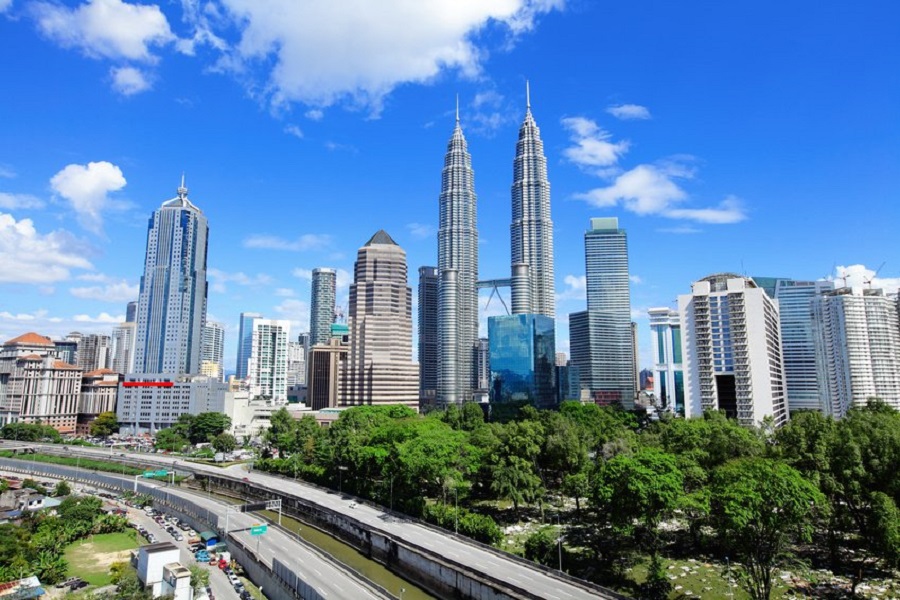 The must see sights of Asia – 6 potential destinations

It’s safe to say Asia is the prime destination for any traveller. Full of history, culture and natural beauty, there are plenty of potential places to visit – but you likely don’t have enough time to see and do it all.

So, with that being said, plan your trip around the best sights Asia has to see. Here are just five of them.

Limestone towers rise from the emerald waters of Ha Long Bay with majesty, as small boats weave their way through the hundreds of stacks that make up the region of Vietnam. It’s a bucket list destination for many travellers, and for good reason – the sheer scale of it is hard to believe until you see it for yourself.

You can do cruises in Ha Long Bay that last for a good few days – plenty of time to see it all, whilst also bathing in the waters themselves as well as trying your hand at a spot of fishing if you want to. Alternatively, you can traverse the land surrounding the bay and simply take in the sights – any way you experience it, it’s one of Vietnam’s most coveted spots.

Be sure to come here when the weather’s good, though – spring and autumn are said to be the best months with the least rainfall. Ha Long Bay shouldn’t be skipped over, what for its unparalleled natural grandeur and beauty.

You may not think Asia could call itself home to such a developed, current and sprawling city – but that’s because you haven’t seen Kuala Lumpur. “Friendly, fascinating and fun”, according to some, this is an inexpensive yet luxurious capital city that offers almost anything you could want, from nightlife to beaches.

There are shopping opportunities, remarkable hotels (again affordable) and some incredible architecture to be seen in Kuala Lumpur – the famed Petronas Twin Towers are the centrepiece of it all. It’s clean, safe and friendly, and whether you want to take it slow or embrace the energy of the city, you’ll easily find something you want to do here.

There’s even a cave system here in Kuala Lumpur which houses temples in its caverns. Batu Caves is one of the city’s main attractions, a stark contrast to the built-up and bustling surroundings. Be sure to visit for an insight into the Hindu culture of Malaysia.

There’s simply no way you can travel through Asia without visiting the Taj Mahal, indisputably India’s most famed site by a long stretch. The ivory white mausoleum looks as grand and monumental to this day as it did when it was first erected, commissioned in 1632 by Mughal emperor Shah Jahan to house the tomb of his wife.

It does get busy here at the Taj Mahal – understandably – so make sure you’re there early to catch a view of it in the rising sun with minimal crowding, as recommended by Audley. You can also take local tours through villages to catch unique views of it from the surrounding land.

The pious Char Dhams of Garhwal Himalayas are most sacred places of India. However, the explained four abodes of god should not be confused with Char Dham holy shrines set in four different parts of the country. The four sacred abodes of Gangotri, Yamunotri, Kedarnath and Badrinath located in higher altitudes of Indian state Uttarakhand are dedicated to Lord Vishnu, Lord Shiva and Rivers Ganga and Yamuna.

When on Chardham Yatra in Uttarakhand, a pilgrim will find these seats of gods full of mythologies and legends and will provide valuable information about the philosophy of Hinduism. It is this desire and passion to pay obeisance to their favorite deity for which an adherent Hindu take on arduous journey of remote holy shrines of Garhwal Himalayas, repleted with difficult terrain.

If you truly want to discover natural beauty, the Phi Phi Islands are the place to go. Despite still reeling from the 2004 tsunami in the Indian Ocean – which completely devastated the entire islands – it remains one of the most stunning locations in the entirety of Asia, with its crystal-clear waters flowing between jutting cliffs covered in lush greenery.

You may want to be quick, though – the National Reform Council of Thailand is conscious of how mass tourism is affecting the natural beauty of the Phi Phi Islands, and so it may not be long before you’re unable to visit anymore. For now, though, it remains as tranquil and luxurious as ever. Diving is said to be one of the best things to do here in the islands’ waters. Dramatic limestone walls give way to shallow, colourful coral gardens teeming with wildlife. Best of all, it’s a dive even beginners can easily conquer – be sure to give it a try when you’re here.

It’s the largest religious complex in the world, a feat that already suggests it’s a place worth seeing from the jump. But Cambodia’s Angkor Wat needs to be seen to be believed; a stunning, sprawling collection of ancient temples and ruins that somehow appear just as magnificent today as they have since their creation.

Covering no less than 500 acres, Angkor Wat provides an opportunity to get lost – it’s best to take out an entire day to explore. It’ll be worth it once you discover its treasures, with intricate carvings and detailing upon the temples and countless architectural wonders to gawk it. There are an endless number of things to be discovered here in this Cambodian wonderland.

Ways Businesses and Startups Can Get Noticed: Tips to Increase Visibility

Some Strategies to Play Slots Online

Essential Tips to Help You Prepare For Char Dham Yatra Of…