Famous Places To Visit In Manchester 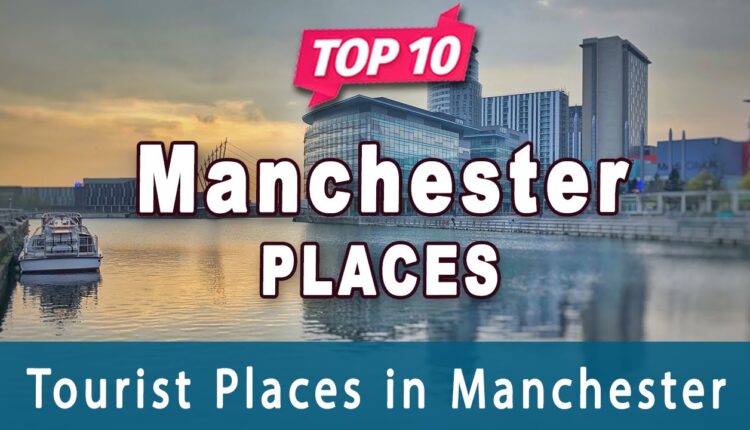 A key player in the Industrial Revolution, Manchester has recently emerged as a fashionable tourist destination thanks to its extensive cultural and leisure offerings, well-maintained parks, football, traditional pubs, and music, all at prices that are lower than those in London. Manchester was the world’s first industrial city.

The best time to visit Manchester and the rest of the United Kingdom is from May to October, when the weather is more pleasant and the rain is less intense. The city has a lot to offer to the travelers So, if you are planning to visit anytime soon with family, friends or alone. Without any doubt, start planning, make turkish airlines booking in any class and save  up to 50% off on one-way & round trips on every flight. To help you plan your trip to Manchester, a list is here of the city’s most notable attractions for you to enjoy during your stay.

One of the city’s most famous landmarks is Manchester’s Old Trafford Stadium, also known as “The Theatre Of Dreams.”

This renowned stadium, which has a capacity of 76,000 people, has been the home of Manchester United for more than 110 years. Football legends like Bobby Charlton, George Best, and David Beckham have played for Manchester United, which is one of the most prestigious clubs in the world.

Manchester’s Chinatown, the second-largest in the United Kingdom after Liverpool, and the third-largest in Europe, is a great option for a day trip from the city’s centre.

As a starting point for many tourists, the traditional Paifang welcome arch on Faulkner Street, which was brought from China, should be the first stop on any journey through this vital neighbourhood. As soon as you cross the border, you’ll feel like you’re in a whole other country, owing to the abundance of restaurants, supermarkets, and shops in China and other Asian nations like Thailand and Japan. Shambles Plaza is a square in the middle of the city.

Manchester’s Shambles Square, home to multiple medieval-style buildings and a large terrace perfect for sipping cocktails as the sun sets, is one of the city’s most scenic sites.

Sinclair’s Oyster Bar and the Old Wellington Inn, two of the city’s best-known restaurants, were built of wood in 1552 and withstood the Second World War and an IRA attack. There are two historic establishments on each side of the plaza, both of which were founded in 1815.

When you enter Manchester’s Chetham’s Library, you’re invited to take a deep breath and smell the old books.

Within walking distance of the football museum lies the UK’s oldest public library, which dates back to 1603. There are now around 100,000 books housed at the library, which dates back to its founding in 1653. You’re in for a treat as a bibliophile! A free guided tour of the library is required before you may enter. From 10 am to 4 pm, Monday through Friday, alen is available (except at 1pm). The beautiful library, located on the top floor of the structure, will be the last stop on your tour of the complex’s many rooms. Just show up at the door a few minutes before the start time of each tour to participate.

To spend the day in Trafford Center is a terrific idea.

Manchester’s retail district is a great place to go shopping if you’ve had enough football. Our visit to the intu Trafford Center was a vast complex that gave us the idea that we were in Dubai! Numerous restaurants, shops, and movie theatres can be found in this area. There is so much to do that you won’t get bored for a minute. It’s a long way from the city, but bus lines 250 and X50 make it easy to get there.

Manchester’s canals may be explored in a canal boat.

Manchester has a system of canals, in case you didn’t know? Even if it’s not Venice, these people aren’t shabby either. To experience the city from a fresh perspective, consider taking a cruise down the Irwell or through the Manchester canals. Along the way, you’ll see the city’s ancient industrial core, as well as a slew of picturesque bridges and buildings, and maybe even a few houseboats. It costs £9 per person to take the cruise.

Visit the Gay Village and have a few drinks.

Manchester’s Gay Village is one of the city’s most active neighbourhoods. Since there are so many bars and clubs, there is a pulsating energy in the city. The Alan Turing Monument is a noteworthy landmark in the neighbourhood. In the wake of his criminal conviction for homosexual activity, he took his own life as a computer scientist.

As an ideal tourist destination, these places in Manchester city are one of the best ways to experience the best that is beyond words. Excited to go there and have a great time? Plan your trip to Manchester with AirlinesMap now and browse through the best UK holiday packages to have a great vacation. Happy Vacations..!

Why should we plan to visit the city of Jaipur in the coming days?